Where have all the Rebels gone?

Essen West Ewf, passed by thousends of railway passengers every day, is a landmark for Essen. It marks the entrance of Essen’s main station, coming from the west. 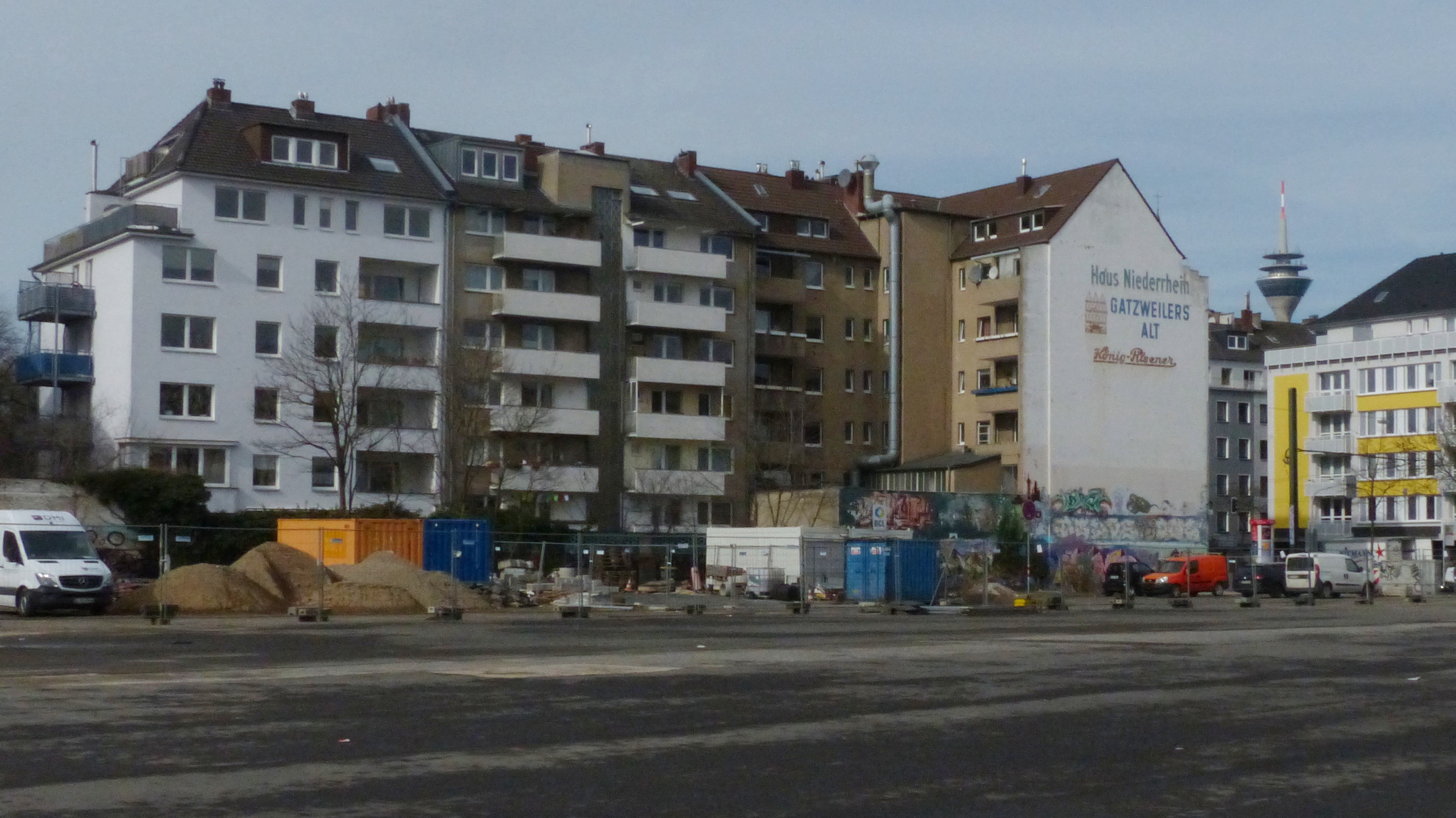 Coming from Bilk S, on my way to Floragarten, I always have to pass Haus Niederrhein, which seems to be a traditional restaurant and pub in Düsseldorf Bilk. I have always been very upset about the containers, housing the site offices of the urban rail construction site. These containers completely reduced the visibility of a […]

The relationship of mankind and nature is expressed by both artists in their own style and imagery. ROCKET01 is a street artist based in Sheffield (UK), who looks back to 20 years of experience in graffiti. In his work he creates a fantasy world of the future and combines science with nature in his motifs. […] 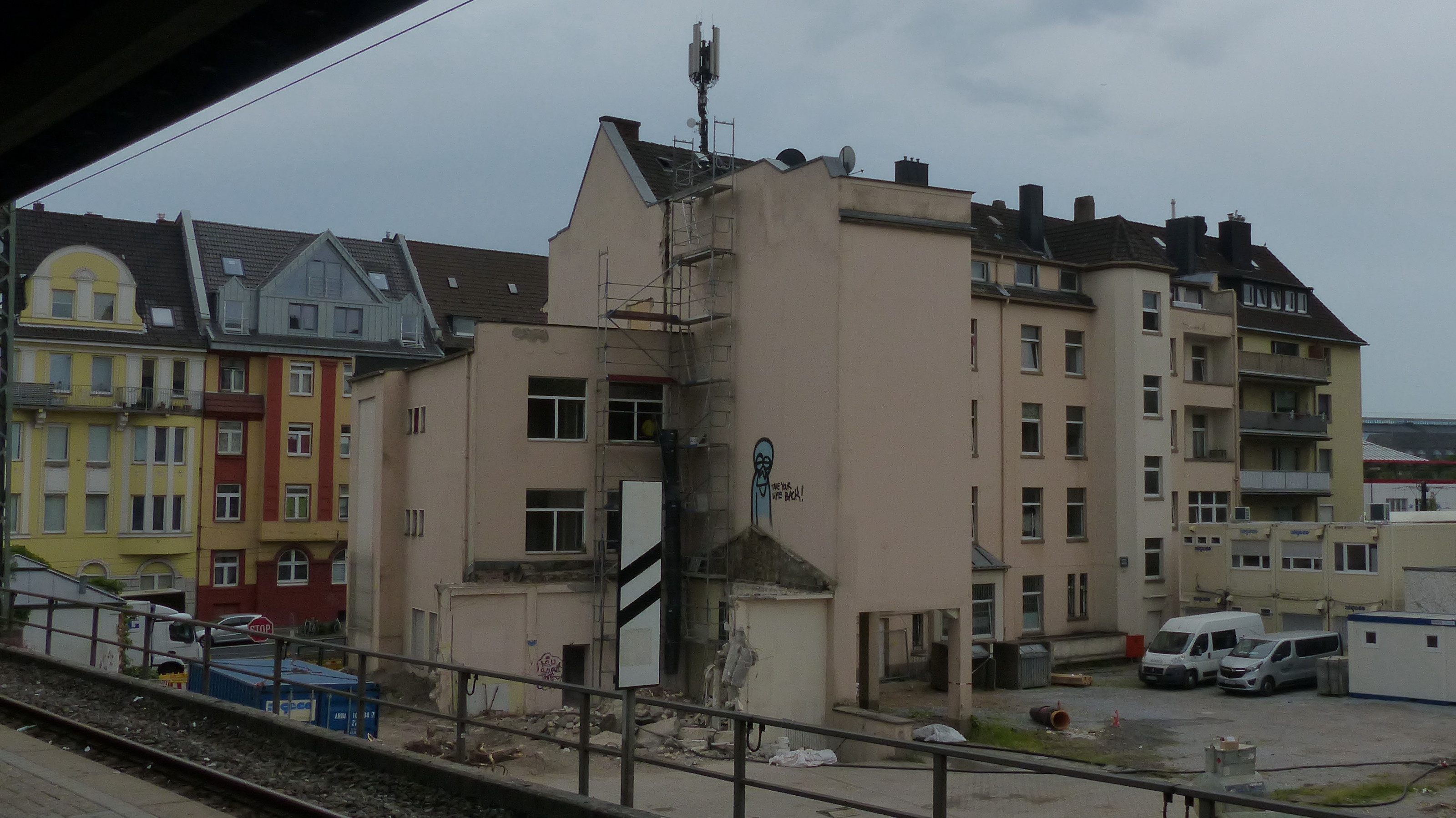 Take your life back

Flingern is a former working class neighbourhood in Düsseldorf’s north side. With it’s old building fabric, affordable rents and the very good transport connections, it is quite attractive for young families and people looking for quality of life. Flingern is home of Fortuna 95 and has a lot of pubs, cafes, galleries and shops, […]

Street artists tend to mark the area, entirely in the style of Kilroy was here. They leave their stickers and glue paste-ups or just paint a tag at places of interest, and sometimes an area is developing into a focal point in the course of the time. Take a Butchers Gallery, founded 2017 in Düsseldorf Flingern, […] 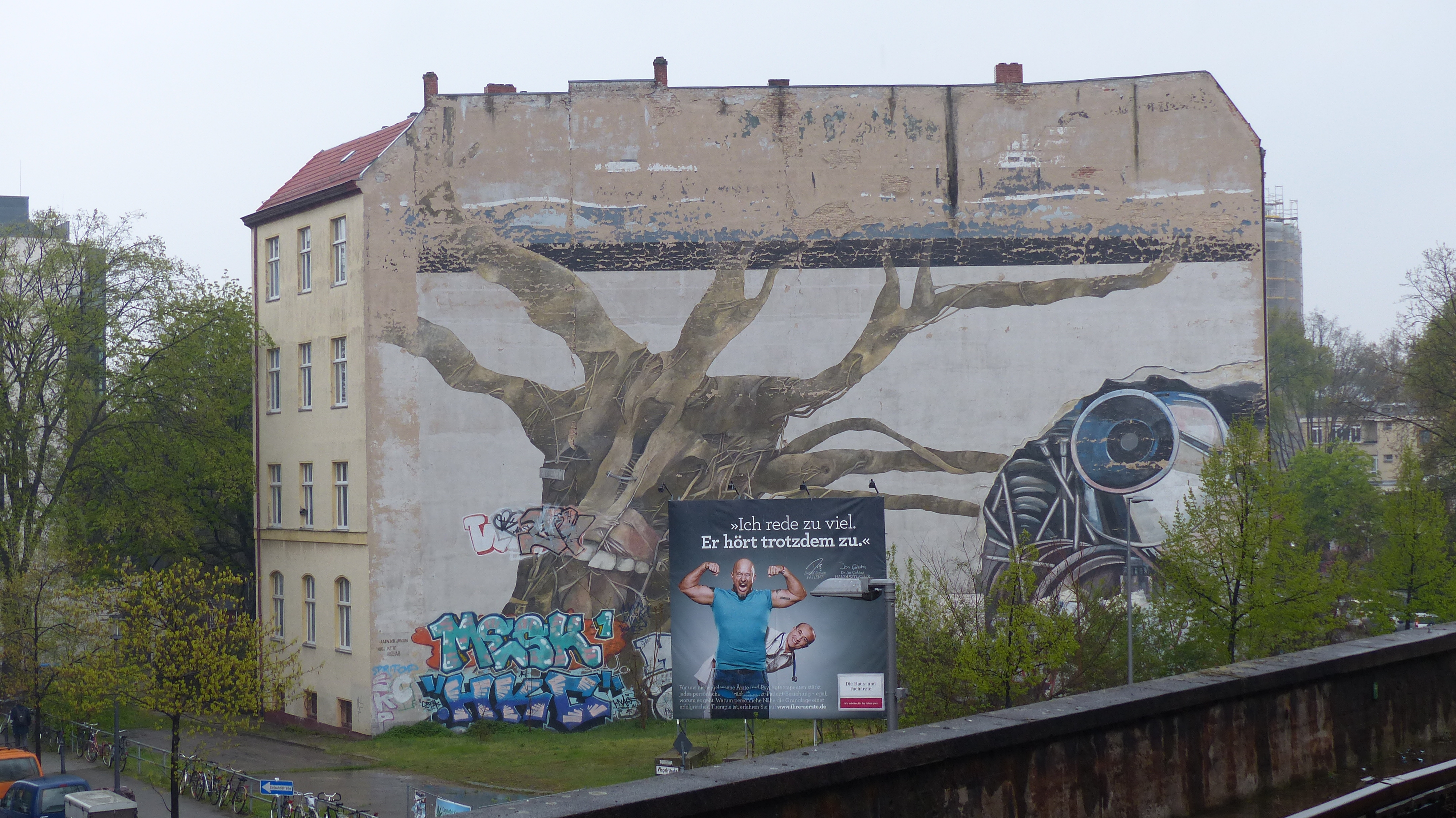 Information flow was sparse so far; I am very dissatisfied, as my lead time for organization of a longer Berlin trip went down and down. No information available due to the location of walls, nor times when work starts – nothing! I had to give up my intentions to see work in progress and have […]

Moments – Faces of a Road Trip

Let me draw your attention to a documentary film which has got a lot of attention in Cannes and an Oscar nomination as best documentary film 2017. The film starts in Germany at 31st May in the participating cinemas with the title „AUGENBLICKE – GESICHTER EINER REISE“ (Originaltitel VISAGES VILLAGES). The film follows well known […]

Reisholz is an industrial part of Düsseldorf. It is located in the south side of the city, bordering  Benrath and the river Rhine. Its history started in the early 20th century, by creation of its harbour to the Rhine, which took a lot of chemical factories, engine building industries, paper mills, petrochemical manufacturers and an […]